Your Complete Blueprint to Creating a Profitable, Six-Figure Business as a Maker

The Hard Truth About Success as a Maker

If you’re here, you CAN succeed. You CAN turn your passion into a full-time career, or create a nice side income without overwhelm or working crazy hours.

But this is only possible if you accept and realize one hard truth:

“Success isn’t just about how good you are at your craft.” 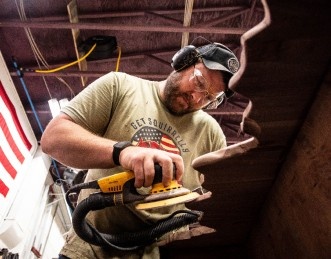 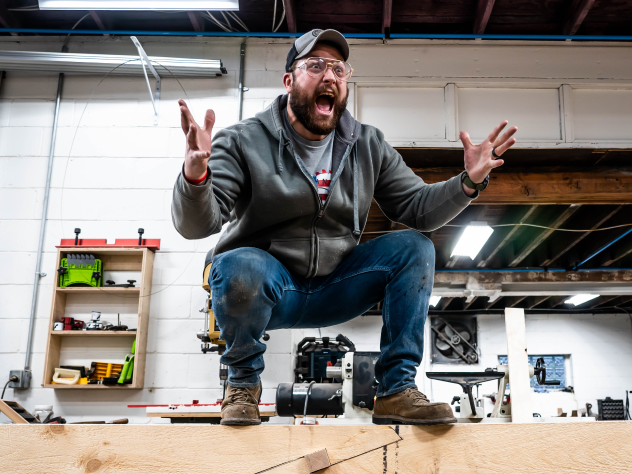 Don’t get me wrong. It’s critical to deliver a high quality product and constantly improve... but that’s not enough. And I’m sure if you’ve been doing this for longer than a month you’ve seen this.

If you want to create a flourishing business without burning out, or constantly feeling overwhelmed, you can’t ignore the business side. Otherwise, you’ll get lapped by great business people who are nowhere near as good as you at your craft. 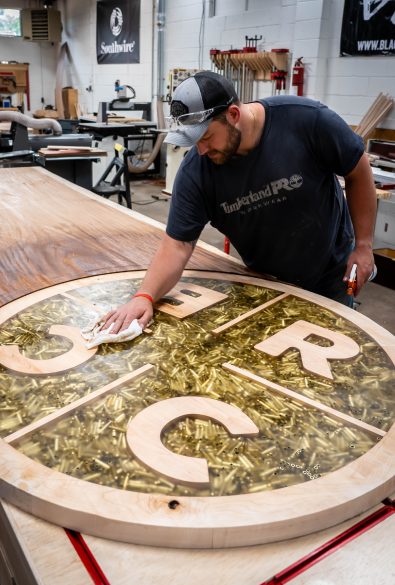 You CAN Turn Your Passion Into a Thriving Business

You just have to focus on the right principles.

No hacks. No shortcuts. Just simple, proven, and powerful business principles that get you more customers and create simple business systems so you can make money without burning out.

No more worrying about running out of money. No more long nights working on a project that barely covers the cost of materials. No more putting out one fire after another with no time to focus on the future.

I know this is possible because...

I’ve Done It Myself

I’ve spent years trying to figure this out. Thousands of hours in my workshop grinding away into all hours of the night, thinking that “if I just get better at my craft, I’ll make more money!”

I worked 12-15 hour days, 7 days a week, month after month just to get by. Sure, I had plenty of customers, but I didn’t understand finances, and pricing, and I  wasn’t charging enough.  I ended every month with barely any money left in my bank account.

It wasn’t until I was fortunate enough to work with an experienced coach that everything changed.

I could take weekends off. I could finally get back into the dating pool to chase my dream of becoming a husband and a father. I felt like I could finally breathe! My goal now is to help you do the same.

A Clear Framework to Building a Thriving, Passion-Based Business

My goal with this course is to give you those same a-ha moments I got from working with my business coach.

To show you all the things no one tells you about before you start your business. To give you a clear, step-by-step process you can follow to create a thriving business around your passion.

Whether you’ve been doing this for years, or you’re just getting started, this course will help you go out and crush your dreams.

Here’s what you get inside:

Module One: The Millionaire Maker Model

In this module, we will dive into understanding your business as it currently stands. Whether you’re brand new, still dreaming, or have been in business for years. Here we will establish the basics so we can build the foundation in later modules.

In this module, we will dive into getting you streamlined with some basic processes to help you speed up production, develop time efficiency, and establish systems to help you grow your business

Module Three: The Critical Core - 10 Foundational Systems for Scaling to Six Figures and Beyond

This module is probably the most important of the entire course. If you skip anything, make sure it is NOT this! Here I give you my personal formula to help automate multiple segments of your business, and allow you the freedom to handle the tasks that a business owner should be handling.

Module Four: Unleash The Beast - Branding and Marketing Strategies to Supercharge your Sales

In this module, I will give you my insights on how to properly set up your brand to succeed long term, as well as strategies and insights for leveraging social media to achieve your business goals.

Module Five: GO TIME! - Get Out There and Make Something

If you have reached this section and are confident in the systems and processes you’ve developed in the segments above, then you’re ready to graduate go make more cash.

You seriously don't want to miss out on these bonuses. Check out the list below.

BONUS - Crushing YouTube: How to Leverage Video to Skyrocket Sales

BONUS - Crushing Tik-Tok: How to Leverage Short Form Video To Grow Your Business

Tik-Tok can pop. Find out how I leverage this platform to drive demand.

BONUS - Insider Insights: Where to Sell Your Goods for Maximum Profit

F*ck Etsy! I'll show you how to do better than that.

Secret sauce tips I use to generate returning customers.

BONUS - The Super Boost: How to Immediately Increase Your High Ticket Transactions

Just a few of my favorite upsell and cross-sell strategies that I think you'll dig.

BONUS - The 10k Method: The Millionaire Mindset for Makers

Go Big or Go Home. This bonus will show you how I like to do it!

BONUS - Insider Insights: Pro Hack for Expanding Your Shop on the Cheap

How to keep scaling up without breaking the bank.

BONUS - Forms and Footings: How to Build a Strong Business Foundation from Day 1

Foundations matter. Learn how to build your maker business on solid footings.

This one principle has radically changed my life and my business for the better. I know it will do the same for you too. 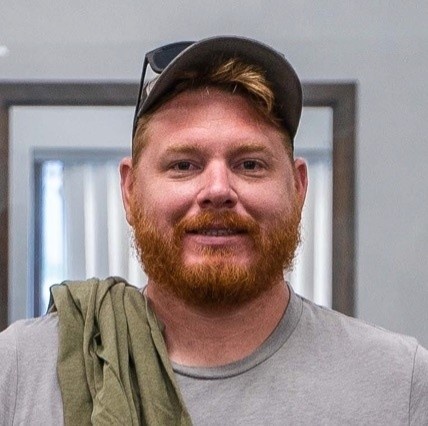 Really great course with a lot of great takeaways. The group coaching with John is incredible. It's helpful to be able to ask him questions and bounce ideas off the other members of the community. 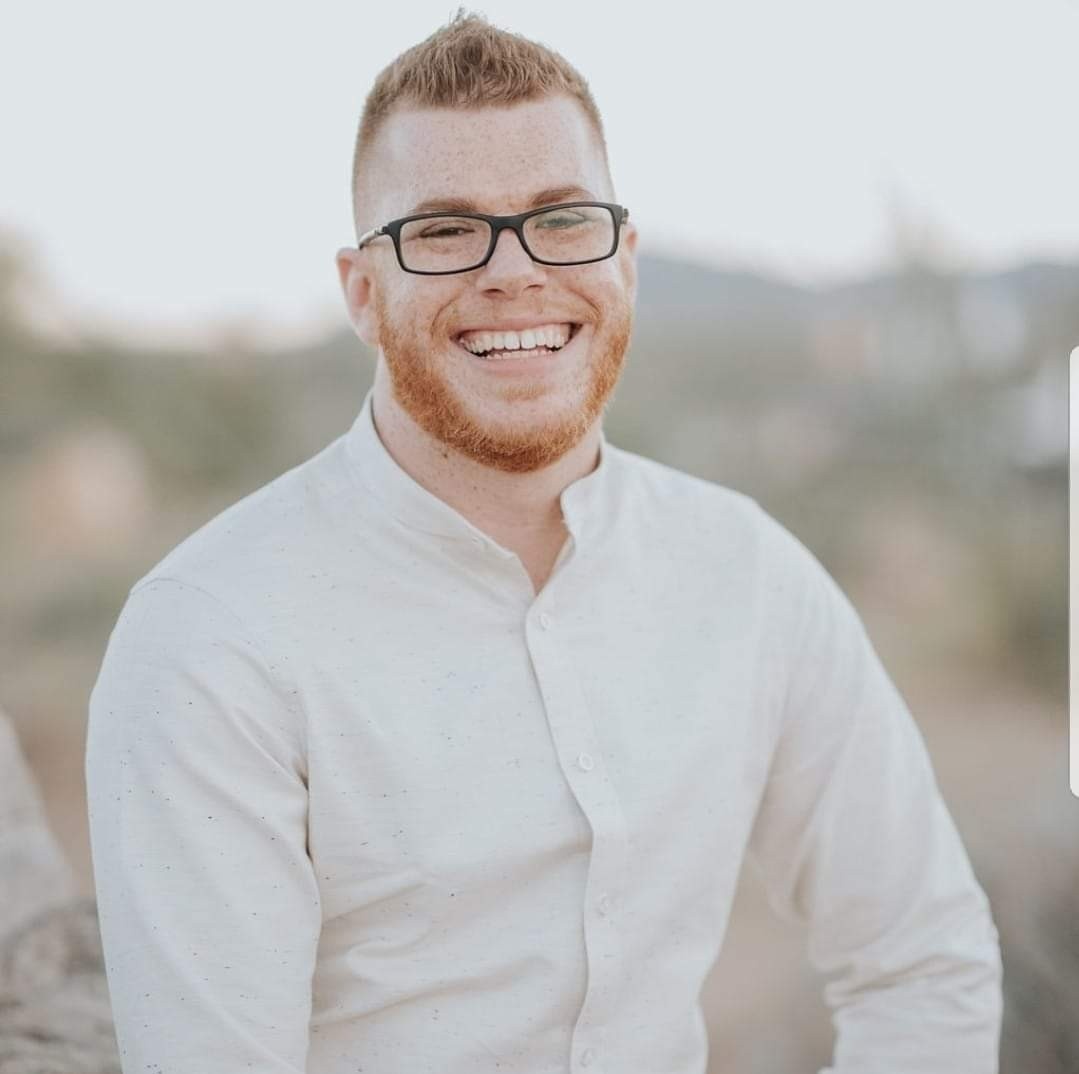 Within the first 5 modules, the things that I learned completely changed the way I run my shop. I've become more efficient and am able to get more done. I highly recommend Craft to Career--it's amazing! 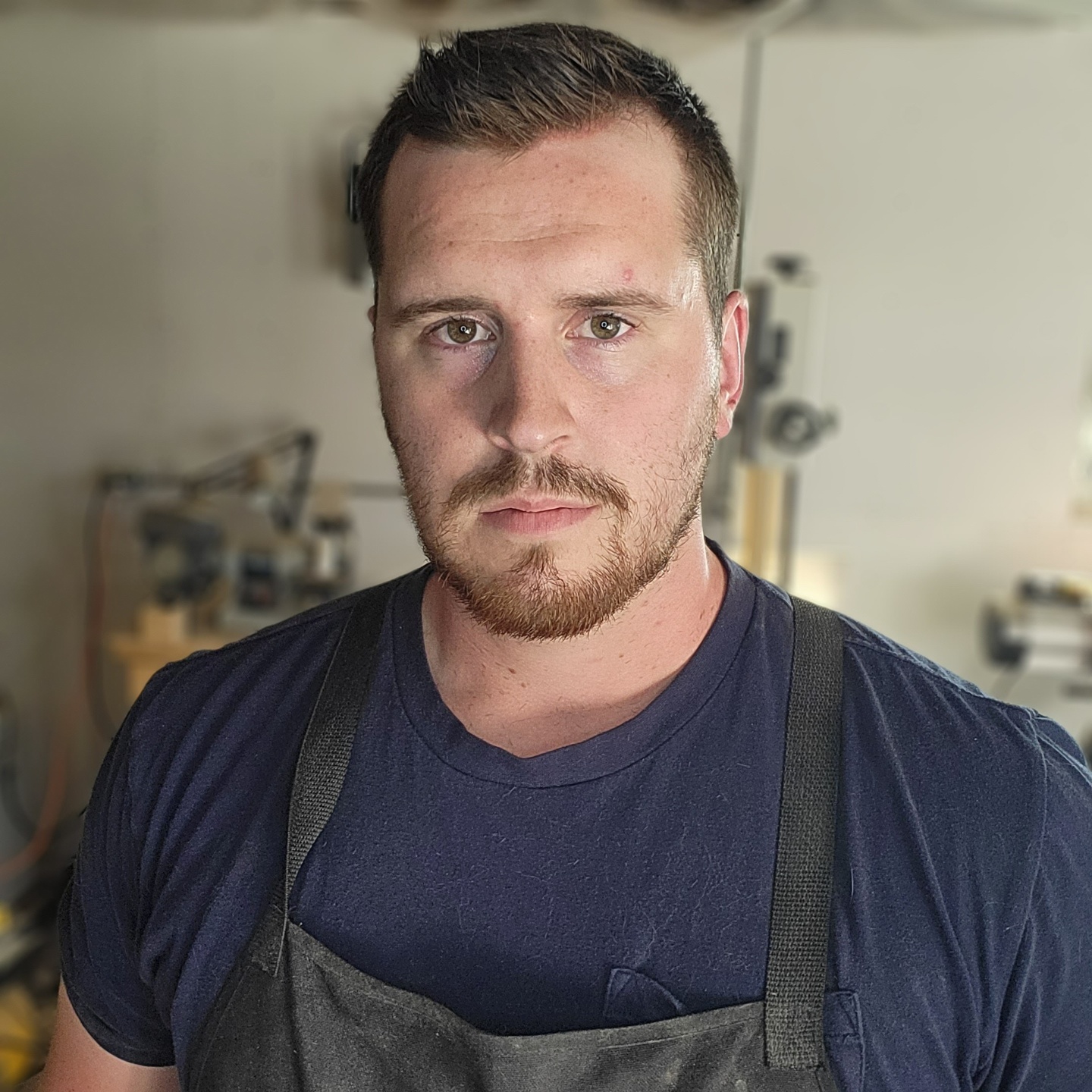 Excellent course with access to an incredible community--where John is actually active (unlike many other "communities" founded by "experts"). Grab it already and I'll see you in Discord.

John Malecki’s first passion was football, but after retiring from the NFL and his dream team, the Pittsburgh Steelers, he found another passion: woodworking. He was enamoured with the possibilities woodworking gave him and fully dedicated himself to his life as a builder.

But even though he worked tirelessly for years and got many clients, he realized he was still treading water. At the end of each month his bank account was nearly empty and if he stopped working for just a couple days, his income would be gone and his business would be in big trouble.

That’s when John took a step back, hired a business coach, and started working on the business, not just in the business. He was no longer constantly putting out fires, his business was making a healthy profit, and he could finally take a day or two off without worrying about everything collapsing.

Now John’s goal is to help makers who are in the same position he was years ago. He knows that it’s possible to create a thriving passion-based business, but you have to do it differently from most of the advice out there, which is why he created this course. 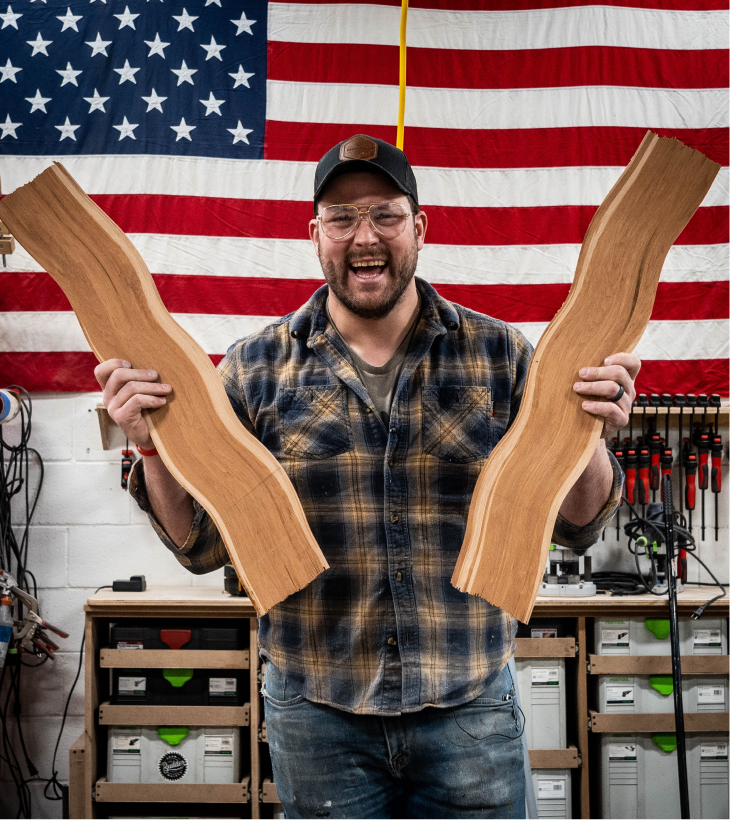 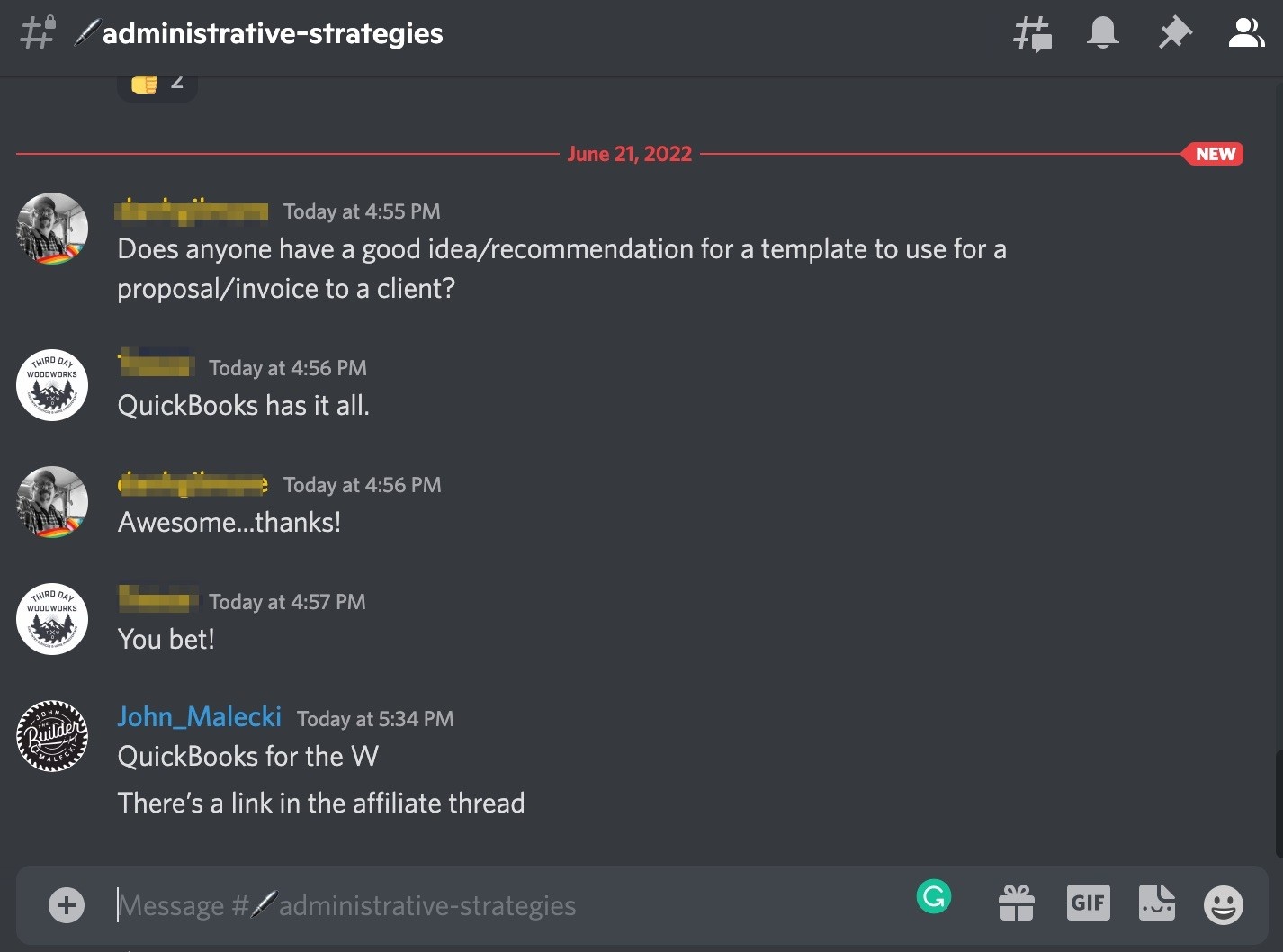 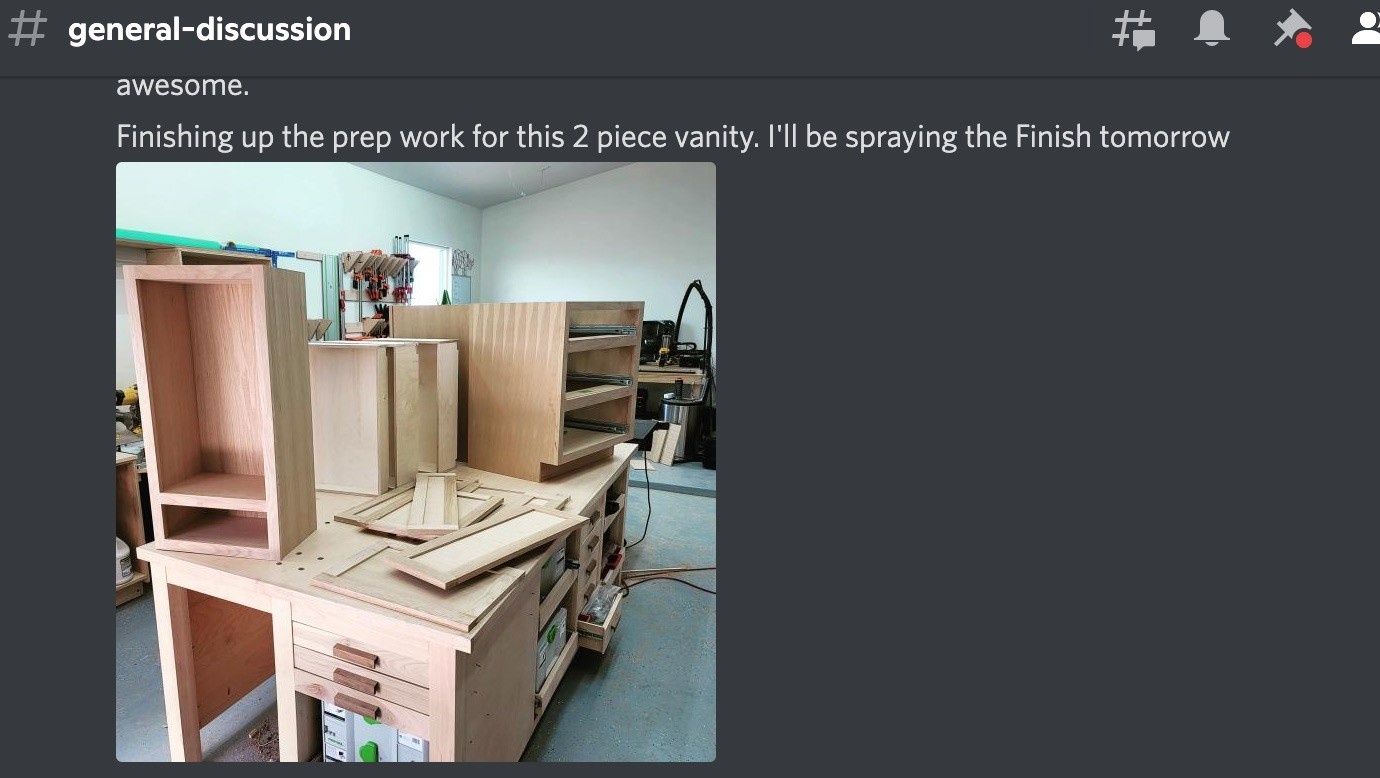 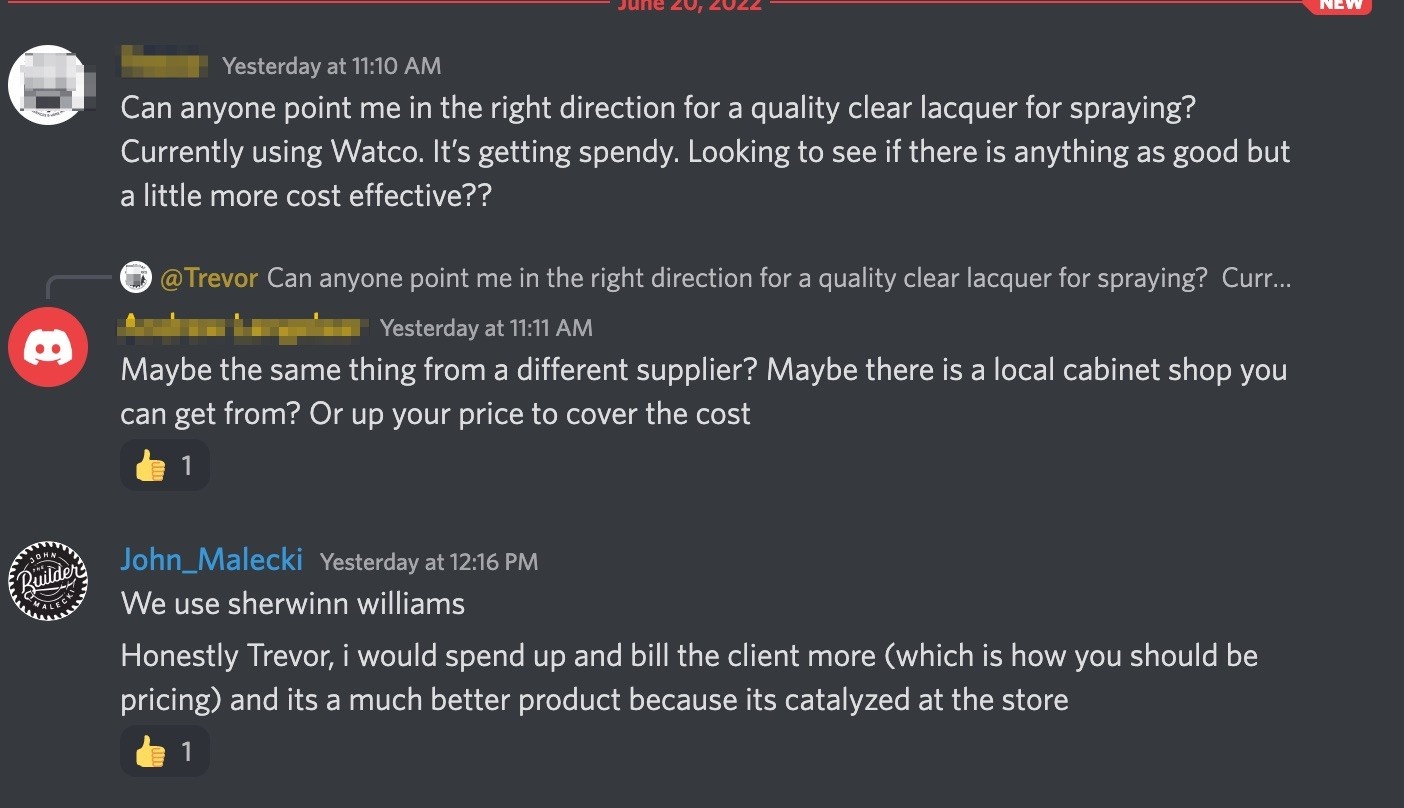 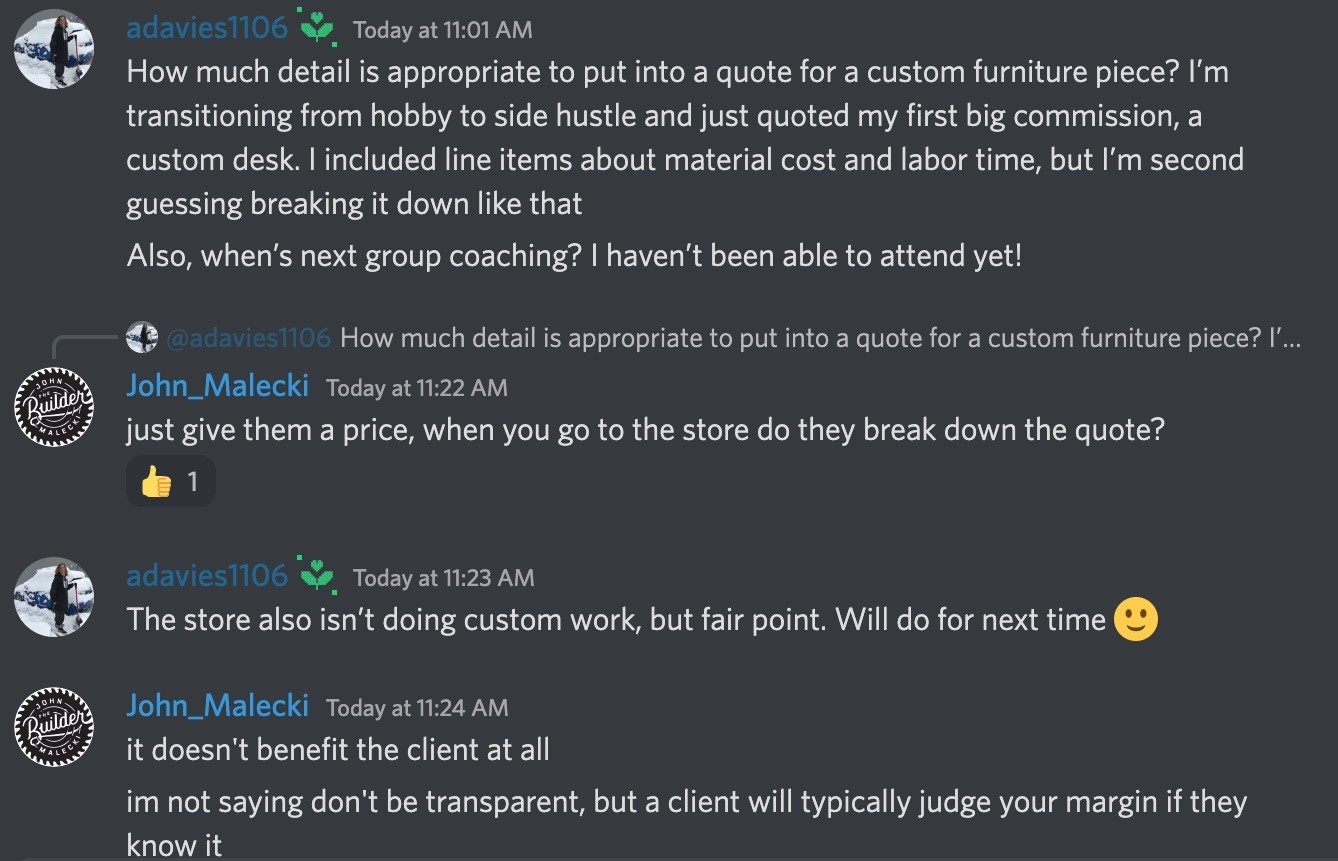 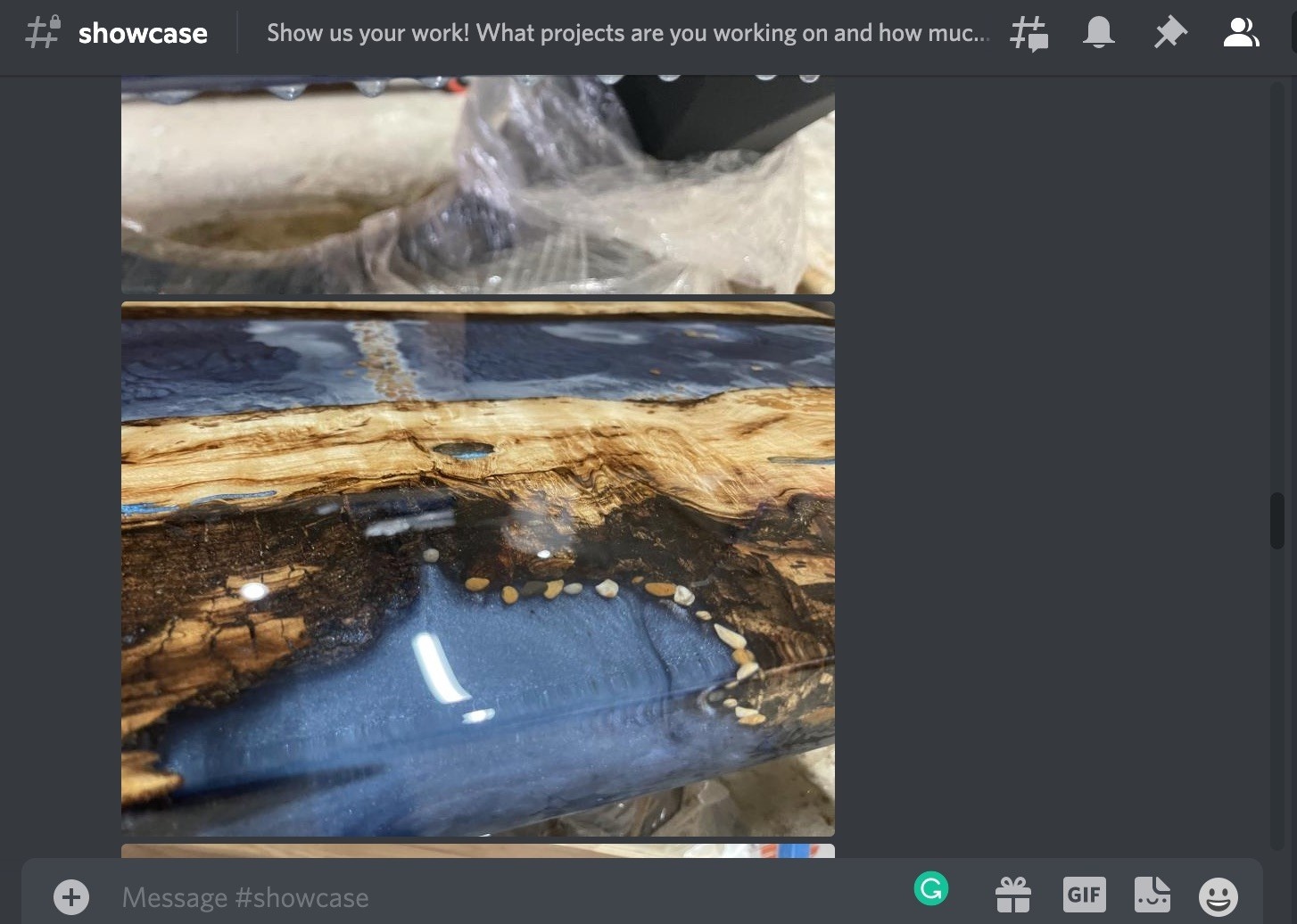 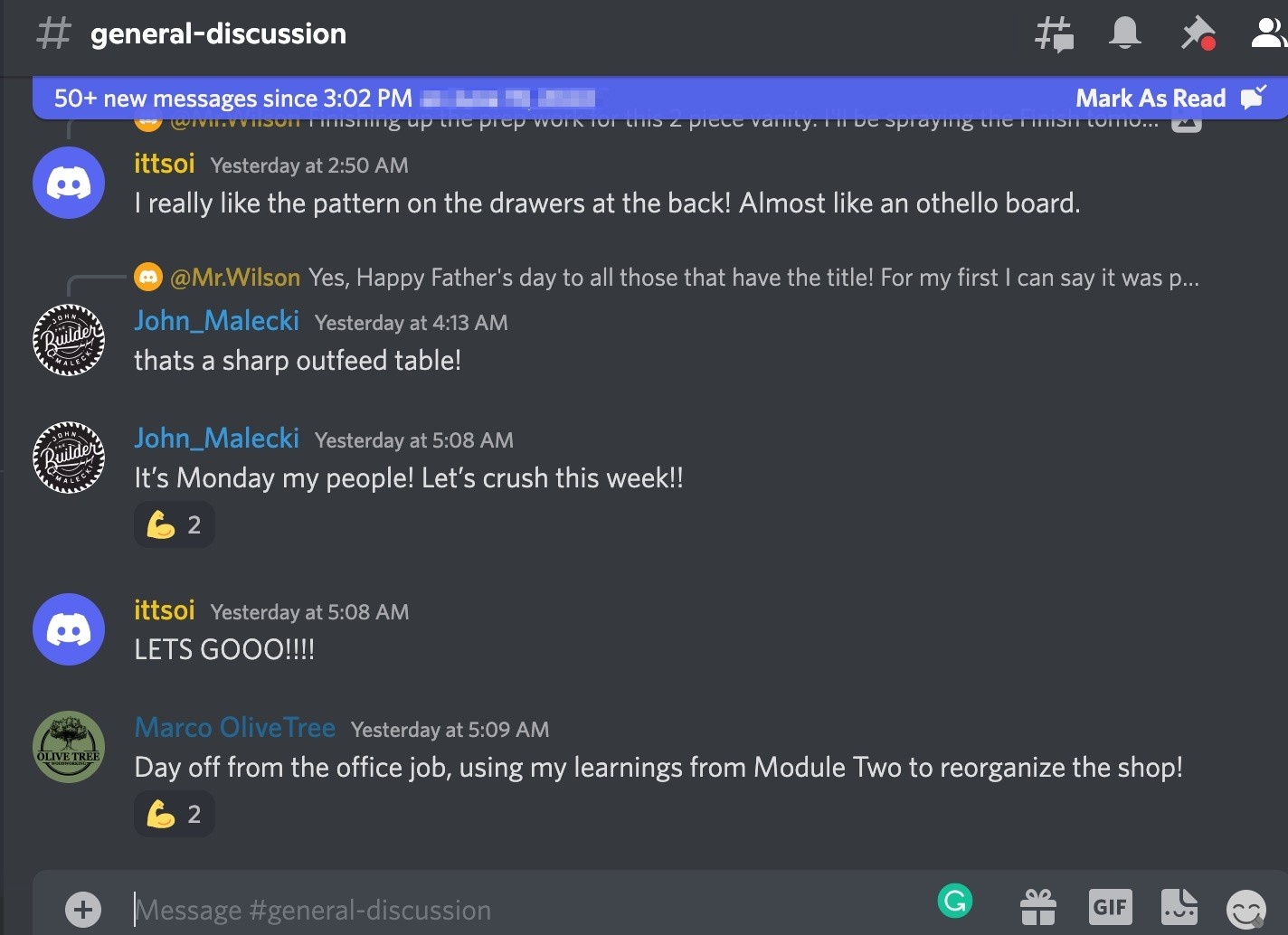 What would you pay for instant access to a group of talented tradesmen committed to honing their craft and increasing their income?

Your Craft to Career purchase gives you lifetime access to our private Discord group where you can ask questions and get answers, share your current projects and wins, and get inspired by others doing the same.

The “Let’s Make It Happen!” 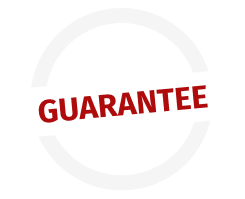 I know the material in this course works… but I also know you can’t know that 100% until you see what’s inside. That’s why you can join now, take a look inside, and if you’re unsatisfied for any reason, you can cancel within 30 days and receive a full refund on your course purchase.

How long do I have access to the course?

As a subscriber, you’ll have lifetime access to the course, and depending on which tier you choose you’ll be able to participate in coaching sessions, future modules, and future events.

Do you have a money back guarantee?

Yes! I know my curriculum will help you level up your skills, that's why I'm standing behind my content with a 30-day money-back guarantee.

How do I know this will work for me? Will this work in my niche?

The ideologies and strategies in this course worked to get me from barely getting by to making a comfortable living to support my family. The fundamentals in this course will help you understand your business better, and grow. I know they’ll work for you because they worked for me and I didn’t have any “secret advantages.” I started from the same exact spot you’re starting from.

What if I don’t have a business yet? Is this still for me?

If you don't have a business yet this course is great for you to understand where to start and what steps to take to get started!

Take control of your finances with this free 4-step guide.